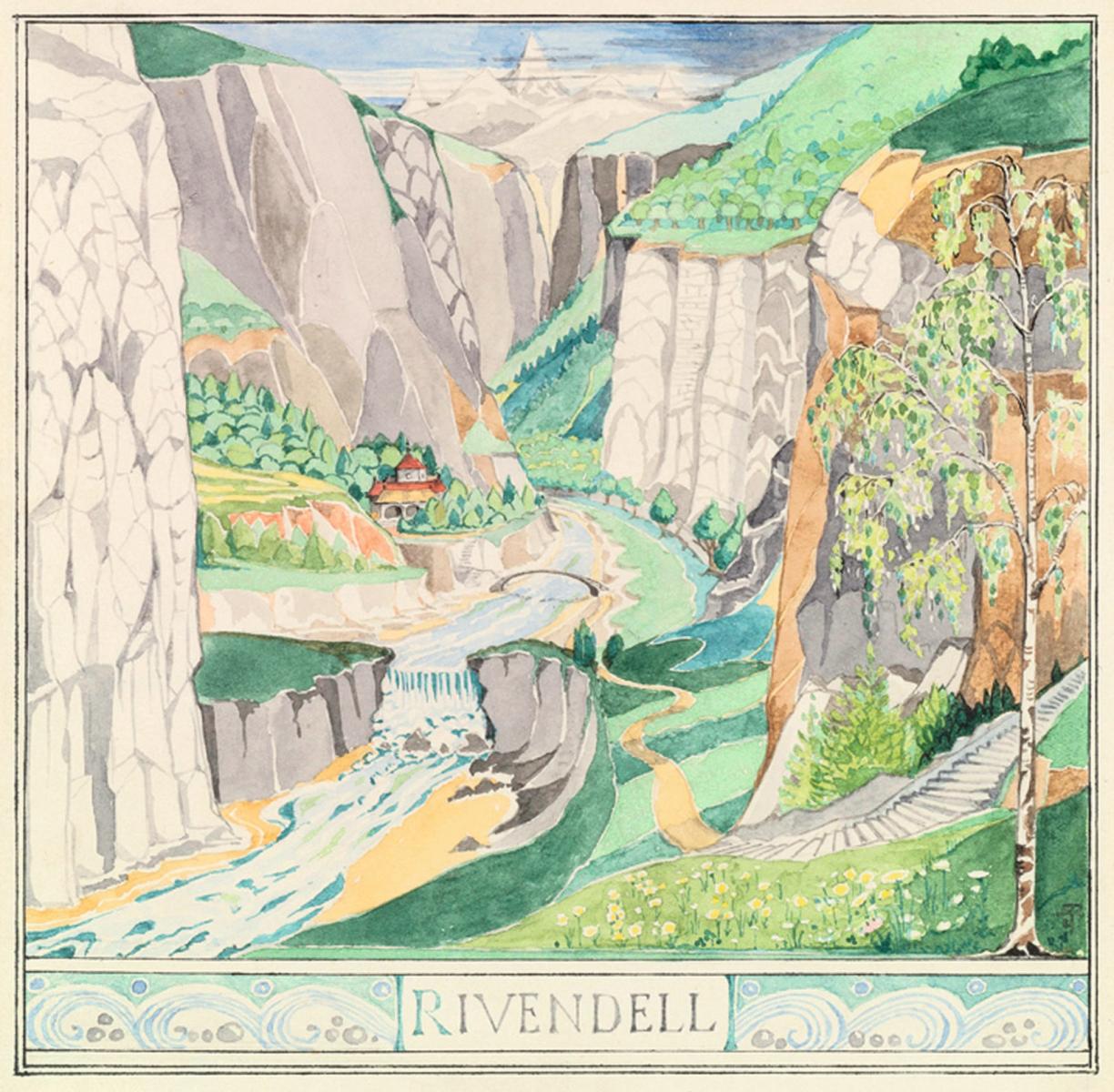 When I am old, I aspire to have the spirit and mindset of Bilbo Baggins in Rivendell, in The Fellowship of the Ring (the book). As I came into life with neither Baggins-level wealth nor Took-level lineage, I will not have either his affluence nor his influence (unless some wandering wizard interrupts my life at age fifty and sends me catapulting my way into quite unexpected adventure), but I aspire to have his spirit.

Bilbo in Rivendell is retired and spends a fair amount of time sitting by a fire, thinking and talking, but he is also still crafting songs and stories and trying to finish a book. When he discovers that the battles of the past are not over—indeed, that the battles yet to come are far worse and that more is at stake even than in his own time—he does not hesitate to stand up and offer to do the work, feeling a sense of personal responsibility: “Bilbo the silly hobbit started this affair, and Bilbo had better finish it, or himself.” He is ready to go to Mordor if need be; he does not shy away from the work to be done to keep the Free Peoples free; he does not use either his age or his retirement as an excuse. At the same time, when he is asked to take a back seat and told that the work must be led and completed by a younger generation, he doesn’t protest that either; instead, he simply does what he can to help. He gives Frodo the blade he once used, and armor to protect him, and a bit of gentle advice: when Frodo is concerned that he will look ridiculous in a mail shirt, Bilbo says: Oh yes, I thought that at first, too. But here, put it on and put your regular clothes on over it. I’ll sleep better knowing you’re safer, and anyway it’s better to look ridiculous but be safe than look good and get stabbed by a Ringwraith.

Bilbo’s advice and his tales are sought after, and he is ready to share his learning with the young and mentor when needed; yet he himself is also quick to listen attentively to the adventures and experiences of the young; he knows they live in a different world than the one he once roamed across; they will “see a world” he “will never know.” He is proud of the deeds of his own life (except a few he is ashamed of and brings himself at last to confess), but he doesn’t have any illusions that those deeds have fixed everything up or that the young should be grateful. He sees the young as fellow adventurers. “Don’t adventures ever have an end?” he wonders, realizing that the story keeps going. He also confronts and takes ownership of how his deeds (the finding of the Ring) have also made matters worse. “I understand,” he says sadly, and then considers how to help.

Bilbo has no hesitation being his own eccentric self; he doesn’t tone himself back. He has eleventy-one years and then some of sass stored up, and a bit of productive mischief too, but he is also kind. He comes from a culture where, if you have a day celebrating yourself, you celebrate by giving other people gifts. He isn’t particularly fond of some of his relatives, but he doesn’t appear to hold many prejudices. He is willing to point out others’ prejudices, gently but firmly; he takes Lindir to task for not being able to tell the difference between a Man and a Hobbit (all you mortals, Lindir says, look alike). To Bilbo, encountering different folk is an opportunity to hear a new story or a new song. If Elves, Dwarves, and Men are at each other’s throats, he is likely to attempt a bit of diplomacy at cost to his own position and safety (as in the incident of the Arkenstone near the end of The Hobbit). Even Gollum, who he finds scary (given Gollum’s intention to eat him), he responds to with wariness and pity rather than hatred, and he navigates that intense encounter with all the cunning (and luck) he can find but also by means of what common ground they can discover: a shared delight in riddles.

Bilbo is fond of his country and his own people and eager for news of them after being away, but he doesn’t experience anything like patriotism or nationalism. He acknowledges (with that glint of mischief in his eye) that he likes less than half of his neighbors half as well as he’d like to, and likes less than half of them half as well as they deserve. But he is fond of them all the same, even if sometimes impatient with them in his age and eager for a break.

Bilbo’s loyal to his friends, and he is also willing to let go of the past when needed. But he remembers (and tells) the stories of his past; he knows who he is. At the same time, he regards the future as a set of marvelous unpredictabilities; the moment you set foot on the road, you don’t know where it may carry you. Life is an adventure, and so just as there may yet be more suffering in it, there is always something new to experience and learn, too; “in every wood in every spring / there is a different green.” As Frodo prepares for departure to Mordor, Bilbo asks him to bring back any stories and songs he hears; he knows Frodo will encounter peoples that are different and that Bilbo himself can barely imagine, and Bilbo would love to hear what stories they tell about who they are. The road to Mordor may be scary, but all Bilbo can think of is all the people one might meet along the way.

Old Bilbo is a good storyteller and an eager listener to others’ tales. Bilbo Baggins in Rivendell is the kind of older storyteller I would like to one day be.

Want more from me on the power of hearing and telling stories? Check out the book On the Other Side of the Night. It’s a love letter to science fiction and fantasy, and it’s also a story about growing together as readers, and it’s about the relationship between imagination and kindness. You can find it here: https://stantlitore.com/product/otherside/ Or here: https://www.amazon.com/dp/1732086990

Disclosure: As an Amazon Associate I earn from qualifying purchases. (I earn a royalty because I wrote the book – but as Amazon also provides me with a small commission when you click the link above, I’m required to say something here about that and let you know. I hope you will get the book and really enjoy it.)

Image credit at top of post: Rivendell by J.R.R. Tolkien. Property of the Tolkien Estate.