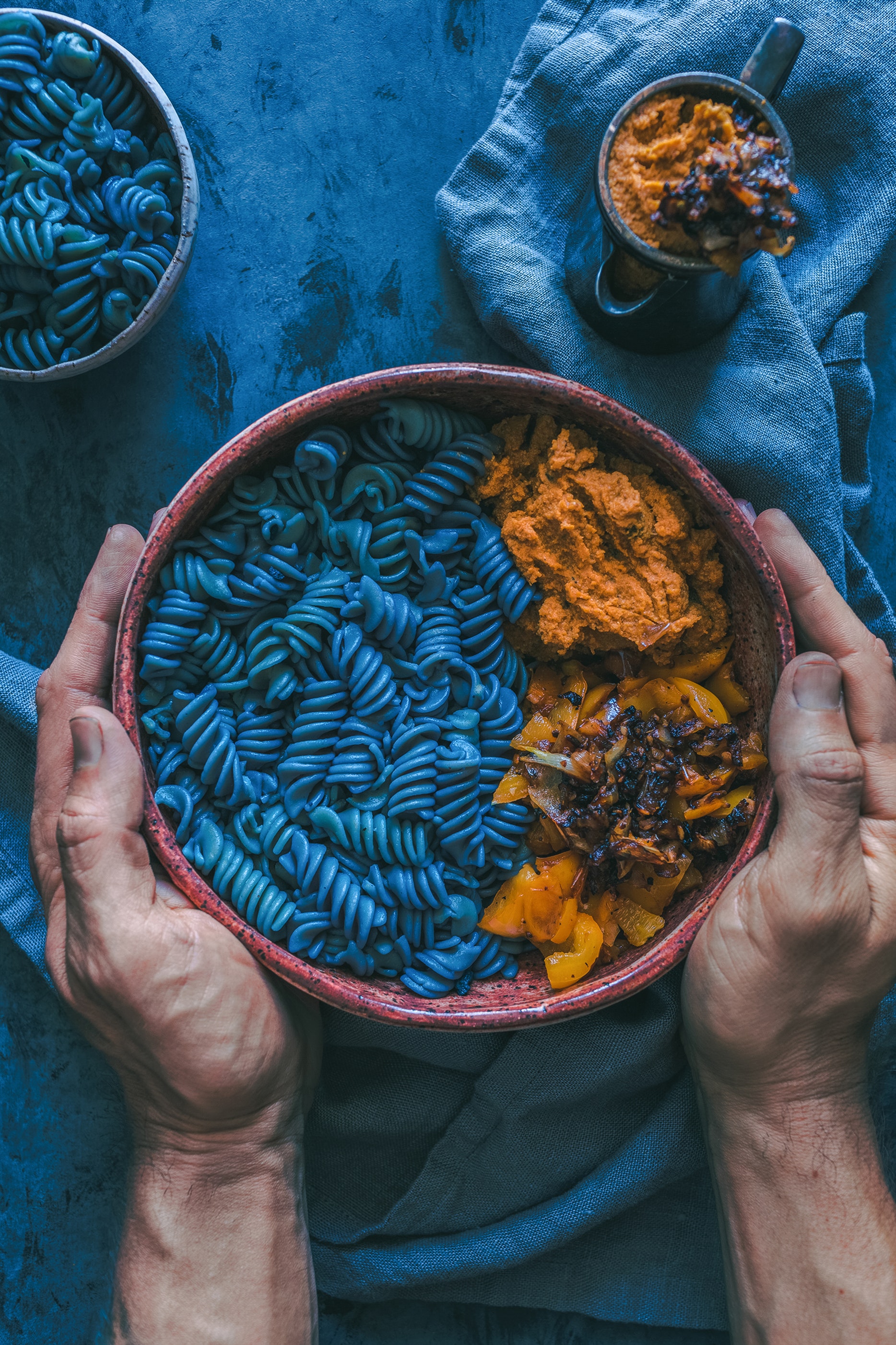 I am reflecting today on the nature of creation and on the metaphor of a “banquet in the kingdom of heaven.”

“Blessed are those hungering and thirsting for justice, for they will be filled.”

Excerpt from Lives of Unstoppable Hope (2015):

The second half of that beatitude is: “…because they will be filled.”

I want to be careful. I don’t think this should be read as a platitude. I do not believe that God wants us to see life as a Hallmark card. I think he wants us to see the world’s injustice and the incredible agonies of human beings for exactly what they are: an unforgivable travesty, a train wreck, the ongoing rape and torture of everything life was meant to be like. Our world—and you do not need to look to starving children in some other country to see it, you can see it if you look in your own city; I see it in my city—is filled with injustices that will make us cry until our bodies can’t bear the pain of it, if we look around us for one moment with truly unlidded eyes.

We must never cheapen the reality of human suffering with platitudes. The response to a world that knows rape and cancer and child soldiers and ethnic cleansing and human trafficking and senseless deaths cannot be: “It’s part of God’s plan.”

That is not what we are asked to put our faith in.

What we are asked to put our faith in is a promise about the future that has been made to us by the Maker of all things, by the One who gave birth to something as vast and full of unexpected beauties as the universe. Creation is what God does. And the promise we have from God is this: that he will continue creating. That no matter what happens in our world or no matter what havoc human beings wreak on their own lives or on each other, he will always find a way to create new life and new joy. We are asked to trust that this is who God is, to put our faith in his creativity and his love and his commitment to us and to his universe. We are to trust that no matter how dark a situation seems, there will come a beauty and a joy—“new heavens and a new earth”—so wonderful and so fulfilling that the joy will eclipse the suffering that preceded it. Because ash is fertile, and no matter what burns down, God will grow something new where it stood.

That Greek verb χορτάζω (chortazo) means ‘I gorge myself’ or ‘I fatten myself.’ Say the word χορτάζω and feel it in your mouth: it is actually a really funny word. It has a very funny sound. Χορτάζω!

In the Middle Ages, religious scholars frequently contended that Christ had no sense of humor and that though he was recorded as having sweated and wept, he was never recorded as having laughed. I think these scholars saw the words of Yeshua as humorless because they read them in Latin rather than Greek. It is difficult to say “Χορτάζω! I engorge myself! I burst! I am coming apart, I am so full!” without a grin.

Χορτασθήσονται is a remarkable promise, a ridiculous promise, a wonderful promise, if we have the courage to believe it, if we have faith even the size of a mustard seed. Yeshua is speaking this promise to human beings, who know suffering. In the first century, he is speaking it to people living in poverty within an oppressive empire where their most basic rights might be revoked at any hour. Yet he is asking them to trust so deeply into God’s love that they can laugh with him. God has seen the end of the story, and it is worth laughing about, though we who live our lives in the middle chapters, in a broken world that we see “through a glass darkly” cannot imagine how an ending that would provoke delighted laughter could be possible.

Blessed are those who hunger and thirst after justice, for they will be gorged full of justice.

They will see so much justice, so much rightness.

They will be so full that all they can do is loosen their belts and laugh before sitting back and closing their eyes in a dozy contentment.

That’s how much justice and rightness God plans to bless us with.

Hungry for justice and rightness in the world? Yeshua asks in the Sermon on the Mount. Well, my Father is going to have a banquet. And all of you here on the street will be welcome to the table. And at that banquet, the world is going to become so full of justice that you will be engorged with it. You will be fully, fully satisfied.

Even as I wrote the first draft of this chapter, Inara began having what looked like gelastic seizures—fits of seizures that manifest as bouts of hysterical, uncontrollable giggling. Afterward, she would often slump, exhausted, or even black out. This would happen four or five times a day, and it threw us into a panic of medical tests and anxious vigilance.

I stopped writing this book for many months.

My heart had been torn open. The injustice of it ate at me. Inara had been largely free of seizures throughout 2013; she was beginning to pick up new skills and recover lost ground. The thought that she might lose all of that again, perhaps even be plunged back into long weeks at the hospital—it was like watching the sun die into dusk without any hope of dawn.

Yet I did hope.

My wife and I awaited, fiercely, the results of the tests. And early in 2015, Inara’s epileptologist called us with a startling answer, in fact the best of all possible news.

This past year, Inara has not been having gelastic seizures as we had feared.

She has been having honest giggles, but due to her her delayed development, her laughter consumes her entire body; she loses all control of her body when she laughs, and the blacking out is actually from physical exhaustion. Much as an elderly person might lose control of their bladder while laughing hard, Inara loses control of everything.

Inara also has a very low exhaustion threshold compared with you and me. This is why she can’t eat normally yet: she hasn’t been able to develop the necessary muscle tone for her jaws and after trying to eat for a bit, she’s literally too exhausted to continue or to do anything else. (Inara receives 85% of her nutrition through a G tube.)

So apparently, when something strikes Inara as funny, her laughter consumes her and burns what energy she has and then she either blacks out or just slumps and lies listless for a while until her body recovers. We thought we were looking at post-ictal exhaustion, the fatigue-state that follows a seizure. But no. Inara literally laughs herself into exhaustion.

The doctor thinks Inara, who is partially blind, sometimes sees a shadow from the corner of her eye or a funny blurry shape, and that sets her off. “She’ll find something hilarious that you can’t see in an empty room,” her doctor tells us, “and she knows it is the funniest thing in the universe.”

I have a very happy daughter. As we’ve confirmed that we’re not looking at seizure activity—and haven’t been since 2013—the doctor has approved dialing Inara’s dosage back a bit and continuing to watch her. But she and her team have consensus that Inara is no longer having seizures.

My wife and I are vastly relieved. And, once I can start breathing again, I’ll probably also be very amused that Inara finds things in life so hilarious that sometimes she faints from the sheer humor of it!

I have become so accustomed to hitting the high-adrenaline, get-ready-to-fight button whenever something happens with Inara that can’t be explained and that looks dangerous … but now it looks like my wife and I can actually breathe for a while. When I first received this news, I was so thankful and relieved and exhausted and happy, I thought I might pass out.

Sometimes—just sometimes—we get a glimpse of that banquet of justice and rightness that is yet to come. Sometimes, we get a sense for what it must mean to push back from the table and groan, “Chortazo! I am full! I am so, so full!”

I am still trying to let that sink in.

I cannot begin to express how much this promise, this blessing, astonishes me and moves me. In the rare moments when I feel that I glimpse or grasp this blessing—as when a starving man catches the scent of a banquet and realizes the door is open and not barred—when I see my daughter giggling until she blacks out, or making music on an iPad tablet with her toes, when I see her painting with her fingers and toes and knees on a canvas my wife has provided her, painting all the poems she cannot speak, I want to laugh, too. I want to laugh hard with Inara. I want to laugh hard with God.

You can get Lives of Unstoppable Hope here.

And you can support my work — both fiction and nonfiction, from ancient languages to tyrannosaurs, and help me keep Inara fed and well — here, on Patreon.