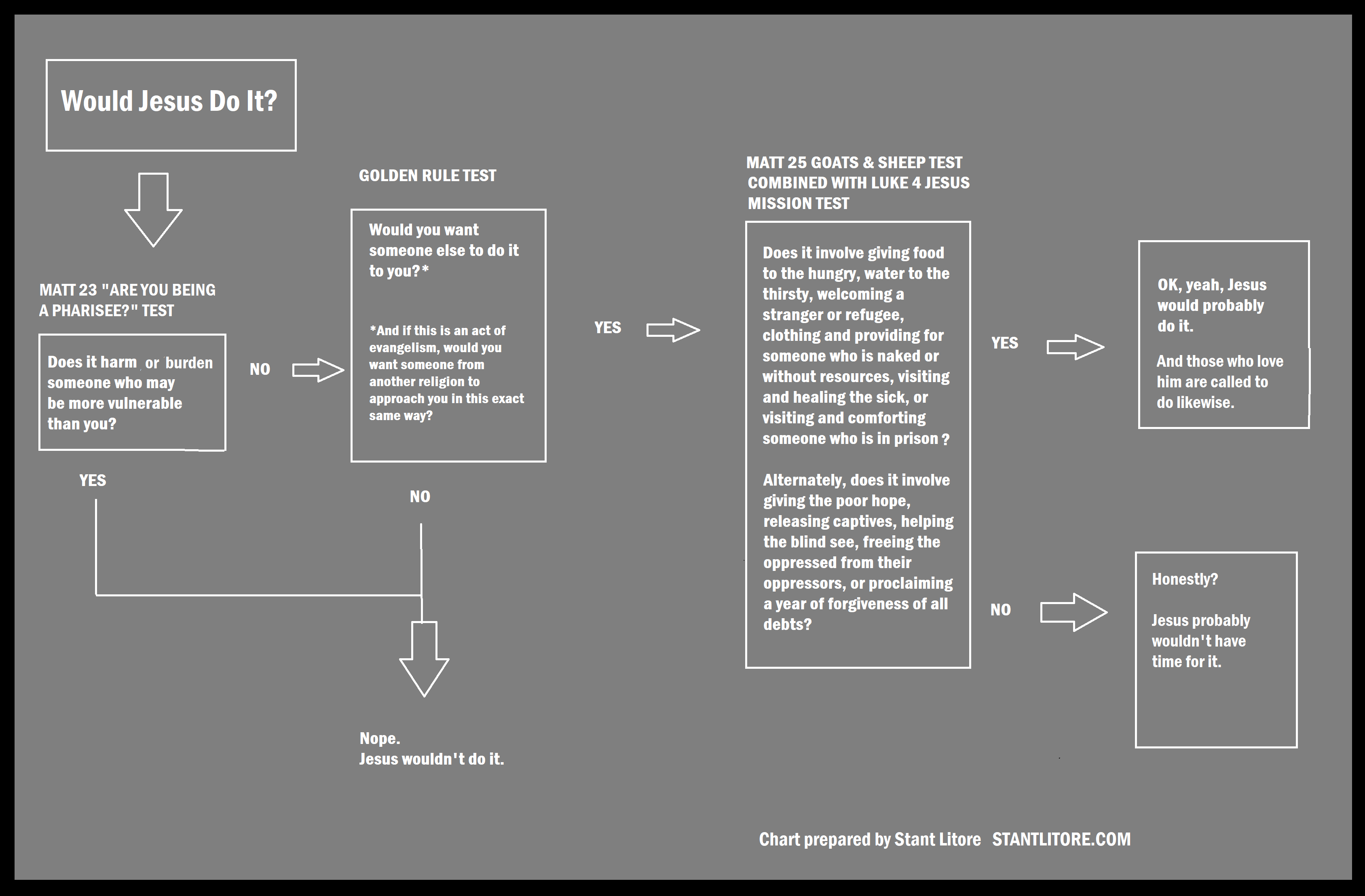 I’m hearing the name “Jesus” in the mouths of the powerful a lot (as in, if Jesus were alive today he would do this or do that or be a card-carrying this or a card-carrying that…). So I attempted a quick-to-read WWJD flowchart: “Would Jesus Do It?” Share if it moves you.

A transcript of the flowchart follows for those who can’t see the image.

Would Jesus Do It?

1. Matt 23 “Are You Being a Pharisee?” Test: Does it harm or burden someone who may be more vulnerable than you?

If YES: Nope. Jesus wouldn’t do it.

If NO: Nope. Jesus wouldn’t do it.

If YES, go to next test:

3. Matt 25 Goats & Sheep Test, Combined with Luke 4 Jesus Mission Test: Does it involve giving food to the hungry, water to the thirsty, welcoming a stranger or refugee, clothing and providing for someone who is naked or without resources, visiting and healing the sick, or visiting and comforting someone who is in prison? Alternately, does it involve giving the poor hope, releasing captives, helping the blind see, freeing the oppressed from their oppressors, or proclaiming a year of forgiveness of all debts?

If NO: Honestly, Jesus probably wouldn’t have time for it.

If YES: OK, yeah, Jesus would probably do it. And those who love him are called to do likewise.