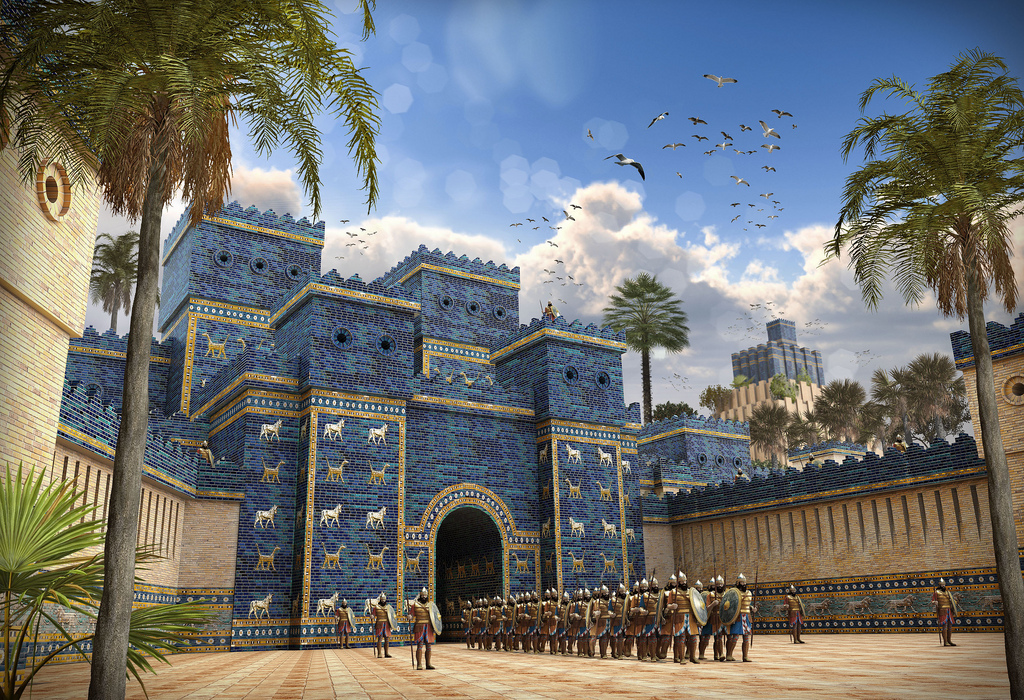 The Queen of Babylon was sharp of wit, full of sass, and had exactly zero patience for the follies of men in power. Upon Nitocris’s death, at her orders her body was placed in a tomb directly over the main gate of the city, with the consequence that many kings chose to go around the back way rather than risk the ill luck of passing in all their panoply beneath a corpse. On the outside of her tomb was an inscription telling the kings that would rule after her time that a great treasure was laid within her tomb: “If any king of Babylon is short of cash, let him open up my tomb and take what he likes, but only at the most dire need. The treasure will do him no good if taken under other circumstances.” For a long time the tomb of Nitocris went undisturbed. At last, Darius had it broken open; he was irritated that he always had to enter the city by the back way like a man of lesser station, and it galled him that there was a treasure there just waiting to be taken. So he violated Nitocris’s tomb. Inside, he found not so much as a single coin. Just a corpse. And an inscription beside it:

If you hadn’t been such a greedy jerk, willing to grab money by any despicable means, you would never have violated the rest of the dead. —Nitocris.

The tale is from Herodotus, so it may or may not have actually happened; it isn’t always easy to corroborate Herodotus, a fact that he himself freely acknowledges. The “father of historians,” he had a way of collecting stories, including contradictory ones, presenting them each to the reader, and inviting the reader to consider which were likely and which were not. The tale of Nitocris is among my many favorites.

2 thoughts on “Nitocris, the Babylonian Queen Who Doesn’t Have Time for Your Nonsense”