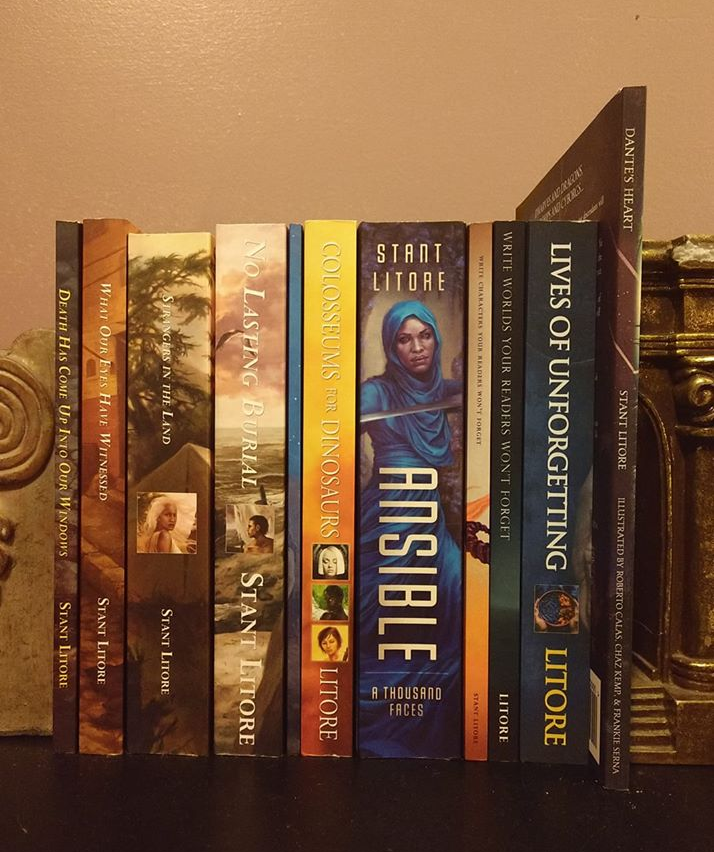 tl;dr: Whether we’re comfortable or uncomfortable with “diverse characters” in fiction has everything to do with how we’ve defined our communities. I’m not adding anyone to the fictional world or “forcing” them into the story. I’m just refusing to subtract people who are already in the world we share together.

Let’s talk about “diverse characters” for a moment.

Every once in a while, a reader will object, with a tone of moral indignation, that they don’t like “PC” fiction (I think they mean “politically correct”; I don’t think they’re objecting to thriller novels about desktop computers) or that they don’t think I should be “forcing diversity” or writing “political fiction” or “ramming a message down their throat” or “rubbing a message in their face.” (About nonconsensual throat-ramming: It’s always weird to me when a reader describes a fictional story that contains elements they dislike using metaphors for bodily invasion or assault, but that’s a topic for another time.)

What I have been thinking about is why there is a seemingly fundamental disconnect between these particular readers and other readers (including myself) who I write for. I think it has to do with how we have defined our communities – in religious terms, with who we recognize as our neighbors.

When I tell a science fiction story with Muslim characters, or characters with various ethnicities, genders, sexual orientations, levels of physical ability, etc., these objecting readers think I am “forcing” these elements on them because what they have defined as their community does not include or welcome people who are different from them in these ways, and the presence of people different from them is seen as an invasion or violation.

There is a 150-year-old Chinese gunslinger in a wheelchair in my current work in progress not because I want to rub diversity in a reader’s face, but because my daughter is in a wheelchair and she is as fierce as a gunslinger, and because several of my dearest college friends were from China (Yi and I used to stay up all night playing Starcraft; I usually lost), and because I think in a future scifi novel, people might live to 150.

And I wrote into Ansible: Season Three a love story between two bi women not because I have a “political” message in mind but because some people very dear to me are bi. And they have love stories. When I write science fiction stories about people marooned in alien bodies in which they never felt at home … I know people who live that experience, though their bodies are not literally extraterrestrial. (That’s the scifi part.)

To me, the presence of these fictional characters is not an invasion of the reader or an authorial intrusion that I have jammed into the story; their presence is just a given. These are people. Readers who object often think that I am “adding” people into the fictional world that they don’t want there, and who they think I shouldn’t want there. Unwelcome people. But I’m not adding anyone to the fictional world. I’m just refusing to subtract people who are already in the world we share together.

If I write a hijabi bi superheroine, I didn’t write her because I want us to be “PC.” I wrote her because I wanted to tell her story. It would be utterly exhausting to censor my fiction and shrink my imagined worlds and their casts of characters merely in order to accommodate the bigotries or discomfort of some readers.

If your own world is small, then good stories might make you feel uncomfortable. And maybe they need to. Because good stories make our world bigger.

But if it is truly too uncomfortable, there are so many stories out there that are written with smaller worlds inside them. Readers can go read those stories and inhabit those smaller worlds if that is truly what they want. But I don’t have any obligation to my readers to write them a smaller world. That is not what I do.

For writers: Want to write characters who are very different from you? Find affordable books, resources, and classes on Writing the Other here.