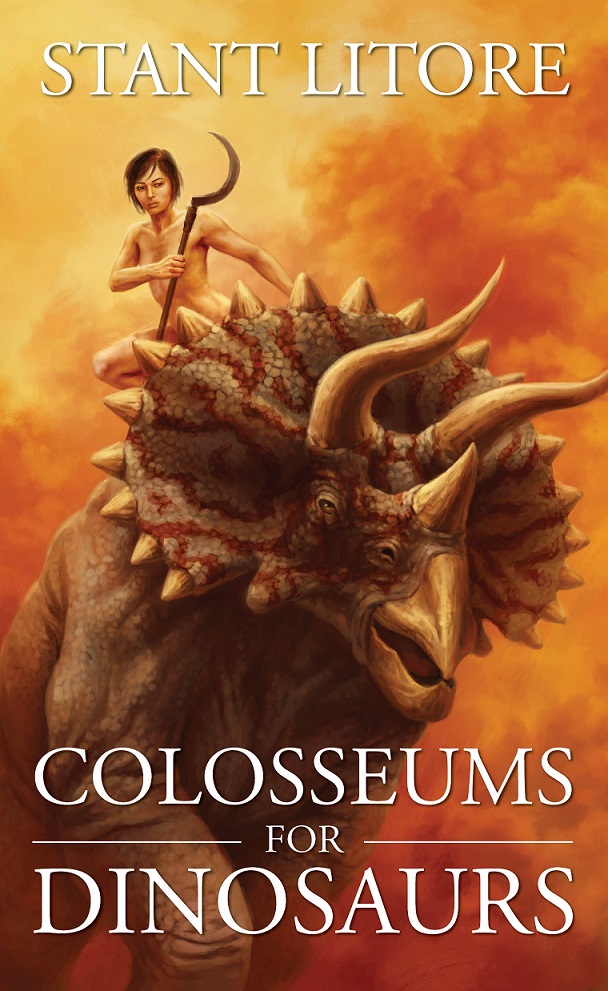 Once each year on orbital space stations, nano-engineered young women compete on the backs of dinosaurs in races as brutal and bloody as any witnessed in the Roman Circus 3,000 years before. Highly skilled and capable of superhuman feats, these gladiators live isolated lives—except for the resurrected beasts with whom they form their deepest bonds. Tonight, on the red sands of the arena and inside the hollow asteroid where the dinosaurs are grown, the secrets these gladiators discover will shake their entire world.

“This is a pulse-pounding story, a triumph of world-building – a story of gladiatorial combat and of bonds strange and transcendent. Without a doubt, one of the most enthralling stories I’ve come across.” – Samuel Peralta, The Future Chronicles