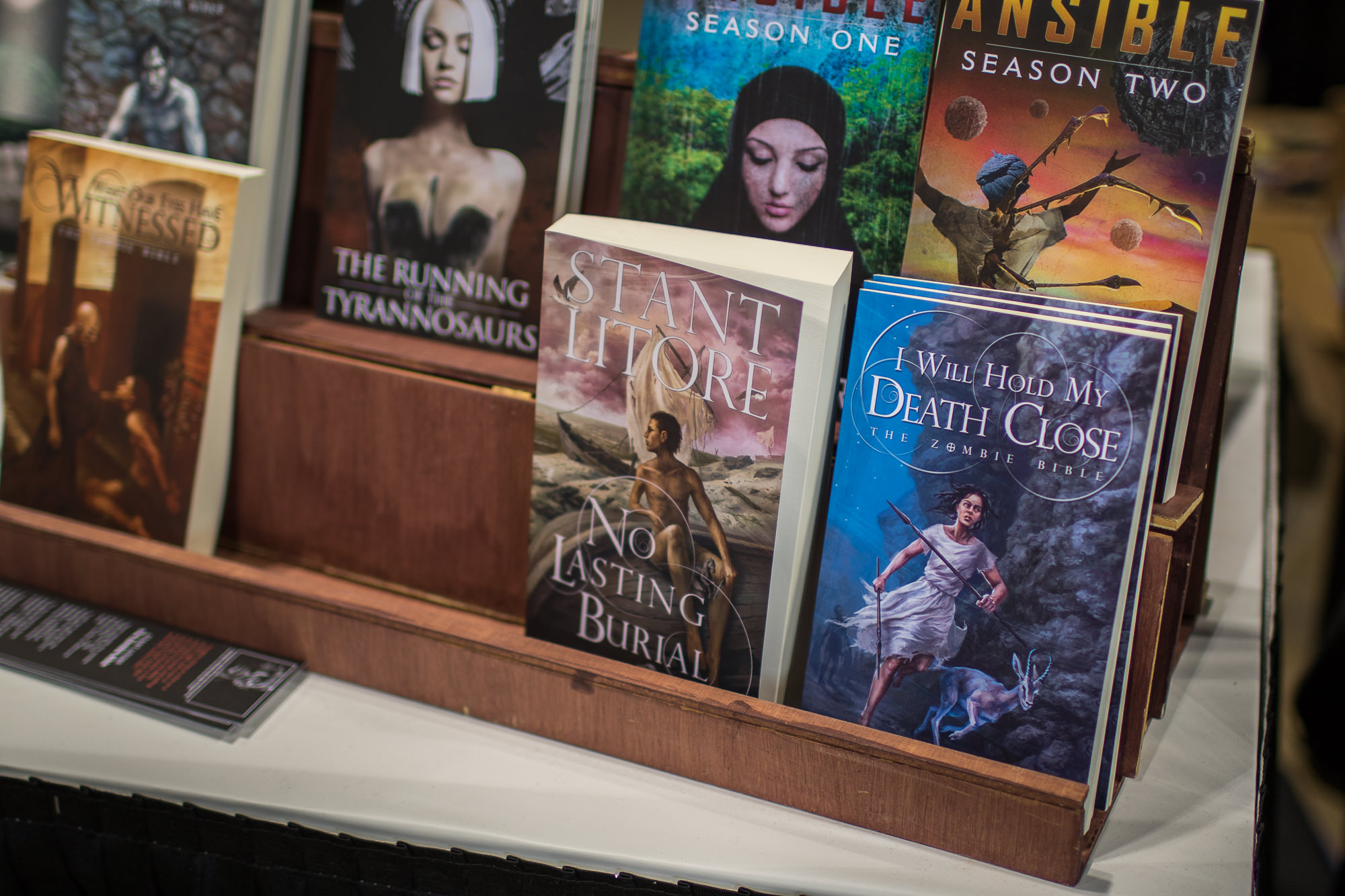 I write to move readers’ hearts. That has always been my first goal and vocation.

My own struggle is with depression, with a sense of futility, which I beat back with effort. The sense that the words I speak do little good. When I hear they have done good, it takes a pressure off my shoulders and back. For that reason, notes from readers mean a great deal to me.

Sometimes, I will hear that something from one of the books helped someone process grief or pain, or let them know they were not alone.

And then I will think, like Father Polycarp in What Our Eyes Have Witnessed (who also wrestles with the cold beast Despair): “I am doing my work in the world.”

This note, particularly, moved me today. I am sharing it with permission, but leaving the reader anonymous by request. They wrote me today to tell me they were reading my novel No Lasting Burial, and to share what it meant to them. (For ease of reading what’s below, I will put the initials NLB in front of the reader’s quotes from the book.)

“I am seriously enjoying No Lasting Burial,” the reader said.

I asked what they liked most.

They replied with the following:

No Lasting Burial: The phrase itself. Then there’s a bit where you write about the dead always coming with you, always holding on to you and dragging you back. That is seriously powerful. That first paragraph in the chapter “Faces in the Water.” That struck me deeply.

NLB: “People often think that violence, though it causes pain, is something that can be shrugged away, or healed, or walked away from afterward. But it isn’t. The violence of a man’s fists on a boy’s body, or of a man’s sex forced into a woman’s body or a girl’s, doesn’t just inflict pain. It tears away another person’s security, their ownership of their own body, their faith in their ability to direct and protect themselves. However briefly, they become another’s property, another person’s thing to beat or destroy, and when it is done, it is a long work, a fierce work, to convince themselves entirely that they are their own again.”

I was detained and tortured by the security police in Apartheid South Africa for 18 months in the 1980s.

The worst part was when I was transferred from one jurisdiction to another. The security policeman accompanying me had a “body receipt”. He was transferring a body.

I had no agency. I was just a body.

And this is what and how I made sense of what had happened to me. Partly.

NLB: “This is my husband’s house,” Rahel hissed. “My husband’s. The first man of this town. The man who stood against the Romans when you would not. A man who gave his life. So that my son could be born in a Hebrew town. And how dare you come to his door and talk to me of God? My husband knew God. Do you? Was it God who told you to hide shaking by the boats? The night they beat and crippled your father, the night my husband died, was it God who told you to bow and scrape before our heathen masters? Was it?”

Did God tell you to hate others?

The two greatest compliments I have ever been paid. Firstly, by a black man – in fact, my jailor. “You are a black man in a white man’s skin.”

Secondly, by a woman. Who wounded me more deeply than anyone ever has, even the security police.

I find it difficult to understand how people can be different to this.

NLB: “Yeshua paced the edge of the tide, heading up the shore away from the nets and the people gathered about them. His shoulders were tense, his eyes dark. The wind tugged his hair across his bruised face. The bruises did not bother Bar Nahemyah; he’d seen enough men stoned in the south to know that a man finds rocks hurled at him not when he offends God but when he offends other men.”

When you were a white man opposing Apartheid, you were even worse than a black man. You were a ‘race-traitor’, and so to be hated and feared even more.

I was one of the dead. And I was rescued. Your book speaks to me on a subliminal level.

After that, we talked a little about our lives. I read their story – which they sent to me, and I shared about my Inara. And they shared these next lines with me, which they wrote in response to the writings of Henri Nouwen, and I will carry these words with me this week:

“If has all got to do with the healing of the community. Without each other, we are dead…

What I have learned … is that God loves me exactly – and I mean exactly – as I am. We must accept the pain of being broken. Salvation is a process, and will not be complete during our lives here on earth.”

All of you who are reading this: You never know what the story you give to the world may do, or what it might mean to another.

May we become, through hearing each other’s stories and passing those stories on, a more compassionate people.

Peace be with you.

2 thoughts on “Reading as an Act of Survival”