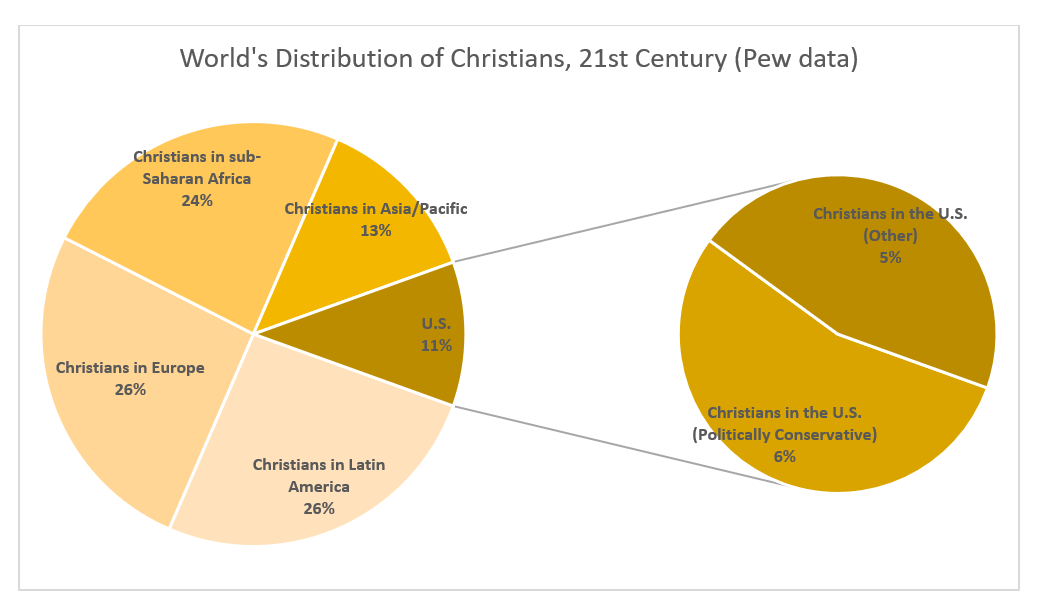 The oldest continuously operating churches on earth are in Ethiopia, and 27% of Christians on the planet are Latin American (and most live south of the U.S.). Roughly 25% are black.

So… we really ought to be in conversation with our family, not only one-way conversation and not only on service missions, but we ought also to be listening and seeking advice and perspective, because some of our siblings in Christ don’t look like us, have been here longer than us, and could give us insights that might surprise us.

I know it’s fashionable in some parties to define one tiny little denomination as the One True Way to follow the founder and author of our faith, but this pie chart hopefully sheds light on just how prideful and hubristic that perspective is.

(Note: There is a tiny “Other” sliver of 0.6% that I couldn’t get to show on this chart. “Other” includes North Africa, the Middle East, and Canada. The numbers shown on the chart are rounded to the nearest whole number.)

So, a small plea for humility.