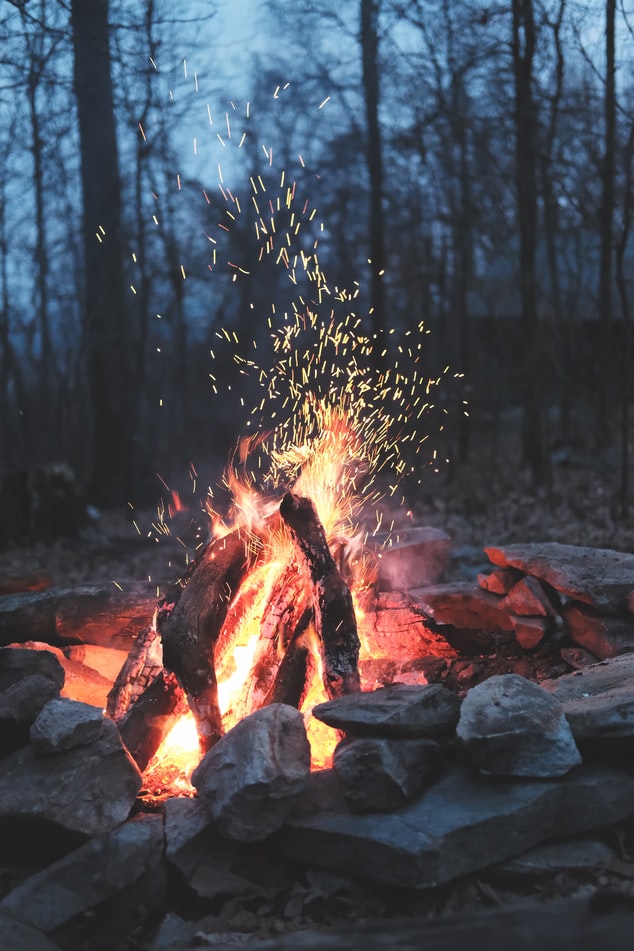 If I were time traveling, I would love to witness the first story told around the first fire. I’d love to know what the first story was, the story that inspired others to tell stories, too. Was it told by one person or two or many?

Was it a hunt story? “Mammoth big and heavy like winter, but our spears were fast.”

Was it a friendship story? “Gathering berries, I was scared at a bear’s roar, I tripped and squished the berries. All of them, squashed. My tears were stained red with berry juice. But Anala, she helped me to my feet. She kissed my forehead and gave me half her berries. We gathered the rest together.”

Was it a ghost story? “Grandma came to both of us in our sleep last night. Our sleep was restless, but she sang a lullaby. Then we no longer kicked in our sleep. We miss her so much.”

Was it a political campaign story? “Ug wishes to be co-chief, but I will tell you the most foolish thing Ug ever did, so you will know Ug should not be co-chief. Gather close. This is what happened.”

Was it erotica? “Ug and Bor both are proud of their cedar trunks. But when they danced naked for me, I said, Ah! You expect those to please me? You can’t handle me. I will snap those twigs like lightning. Bring me bigger ones.”

Was it a tall tale? “The spear-toothed lion roared, but I roared back. Then I jumped on top of its shoulders and rode it across the grass. We came to the big river and I grabbed its ears and shouted, Jump, cat, jump! And it did.”

Was it a wonder/travel story? “I got lost and went up the river and found a high rock, and water falling over the rock and it made a thousand musics as it crashed by my feet. And the rocks under my toes were wet and a hundred colors.”

Was it science fiction? “We made this fire, Anala and I, we did. This one right here, that we are warming our hands by while we talk. It was hard. But tomorrow, we will carry the coals from this fire so we can make another. We will make the fire everywhere we camp, every night, and the fire will be bigger and warmer and one day soon it will scare away the winter and the winter will never come back.”

I wonder what story it was. That story that moved us to tell even more stories.

P.S. Read more of my essays on storytelling in the book On the Other Side of the Night, and kindle your imagination into a bright, hot flame.