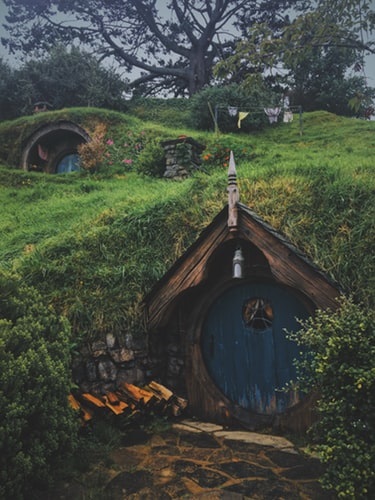 Now that was a beautiful dream. I dreamed that J.R.R. Tolkien and I were having tea and crumpets spread with lavender jam Jessica had made, and were discussing certain etymologies in ancient Greek, rather passionately if amiably. It was raining softly outside in the garden. Death had left Ronald rather relaxed. At one point he pulled a sheaf of scribbled papers out of his jacket and let me read a little of it, and read a little of it aloud to me, in that unique cadence of his. It was a screenplay entitled “Choice,” starring Gollum. “That young fellow Serkis is welcome enough to the part,” Ronald said, “but bother and confusticate Hollywood and every one of their money-grubbing Orcs if they misplace a single line. They have little respect for authors, living or dead, and less for their viewers. As soon entrust my manuscript to a stampede of wildebeests.”

I asked him how Jack Lewis was doing and he made a face, but there was a trace of fondness in it. “Tilting at windmills, as ever. Half as clever as he believes and twice as annoying as he suspects. And tipping back ales with the ferocity and vigor you’d expect. Well. He’s doing very well.”

We read the screenplay. After, I was so excited at how amazing it was – Gollum’s lines were so good, each of his personalities’ lines!!! – that I ran out of the house in a dash, leaving behind my hat and my handkerchief, and rushed across the wet grasses in search of Jessica, to tell my love all about it. Leaving Tolkien to finish off the crumpets and lavender jam and tidy up, because my head was full of squeeing over what he’d written, and I was a dreadful host.

And then Jessica woke me, but I woke giddy from a beautiful dream.

Wherever Ronald and Edith Tolkien are now, I imagine J.R.R. is writing stories.