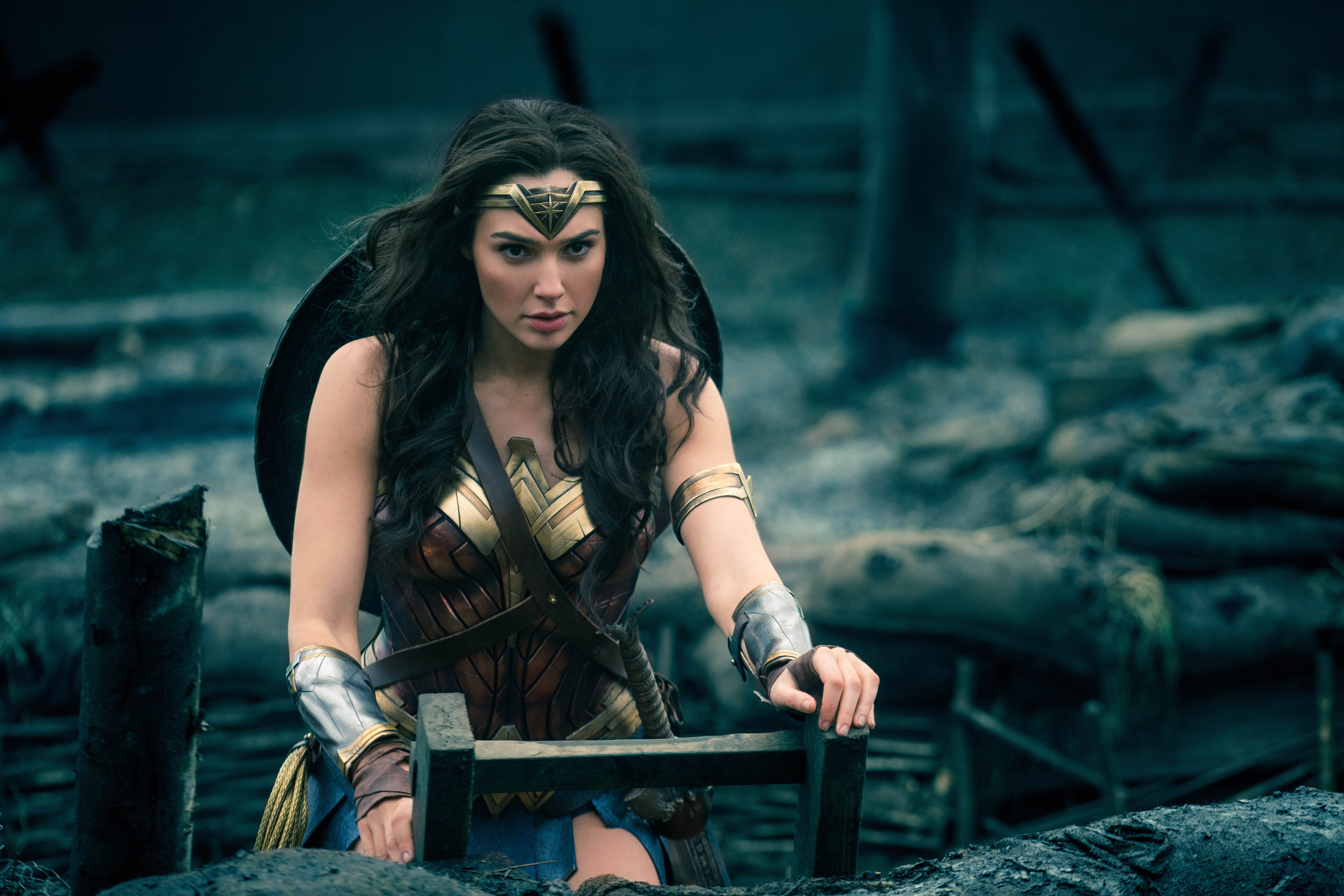 Yesterday I got to see my favorite comic book character on the big screen. Jessica got to see her too. And my daughters got to see a little girl like them grow up into a woman who believes in truth, love, and courage, who may make mistakes but will never let others’ mistakes or their opinions on how she should do things hold her back, and who kicks righteous ass. In the Year of Trump, I don’t have words for how much this means to me.

When Diana of Themyscira walked up onto No Man’s Land and strode across that wartorn landscape with that determination in her eyes, I was cheering, and I’m not ashamed to say it.

When she saw wounded people hurting and disinherited or enslaved and demanded the world stop for them, my heart melted and warmed.

Of all the comic book characters of my childhood and teenagerhood, Diana speaks to my heart most because she is our conscience, because she never stops believing that we can choose to be the best that we are rather than the worst, and because, as the Doubleclicks sing it, “her heart’s on her sleeve and the truth’s in her lasso.”

So I am still riding the glow from yesterday.

Other notable items from the movie:

– Badass middle-aged fighters of varying body types on Themyscira. Not an island of young wispy supermodels. That was pretty damned awesome.

– Trevor — beautifully scripted character. Highly competent, driven, confident in and humorously aware of the masculinity he’s performing, strong and true-hearted though haunted with demons, a well-written hero/spy who never overshadows Diana but whom the script-writers never shortchanged. What I loved about Trevor was he knew who he was.

– Nuance. Covert (Trevor) and overt (Diana) ways of fighting injustice and genocide get in each other’s way, but both respect each other, and … in the end … learn each other. It would have been nice to have a few more lines of dialogue to explore this, but I liked seeing that as well-handled as it was.

– Gal Gadot. Enough said. She blazed in that role.

1 thought on ““Her Heart’s on Her Sleeve, and the Truth’s in Her Lasso””