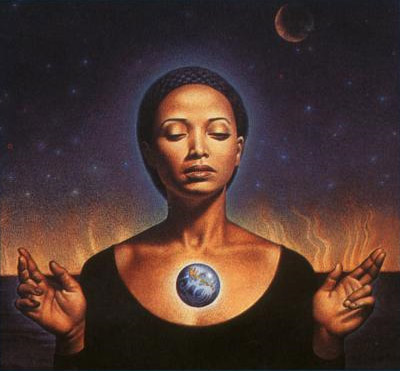 I’ve been invited to speak at a class on Islam and popular culture at the University of Denver — because of my Ansible series — and the invitation has me thinking deeper, lately, about my writing. Here is part of my recent guest blog at SF Signal, which gets into just what I find so amazing about speculative fiction, and why I write what I do:

We are the writers and readers of speculative fiction. We speculate. It’s what we do. We imagine possible futures and possible pasts. So why do we speculate mostly about just a small percentage of the earth’s peoples in their encounters with wonders scientific or magical? I’ve lost count of how many recent fantasy novels I’ve read that feature variations on medieval Europe, or how many science fiction sagas in which the universe is explored by fleets of American or European people. I am white, and male, and I love some of these stories. Who doesn’t want to see themselves captaining the first star vessel to Alpha Centauri?

But where is my friend, who is an engineer from Iran, and his story? Where is my friend, who is a Lebanese astrophysicist, and her story? What if that portal to another dimension opened up in Buenos Aires rather than London? What if the nearest solar system was settled by the Reconstructed Republic of Mexico or by Sri Lanka? In the exploration of vast universes, where is the rest of our planet?

As an incurable history buff, I look both forward and back. I see that the great scientific and mathematical advances around the end of the first millennium were achieved in Cairo, Baghdad, and Samarkand, that the Koreans built the first naval fleet of ironclad ships, that the Aztecs invented basketball, and that today one of the world’s newest and largest universities (KAUST) is in Saudi Arabia. So there is precedent for speculating about where explorers in the future may come from, what they might believe, how they might see the universe.

And frankly, I’m bored. I’m bored with wondering how a Southern Baptist or a New York atheist would deal with the threat of an alien invasion. I want to wonder how a Tibetan Buddhist would handle it. I wonder how a Yoruba seer in Trinidad would handle it, or a Muslim physicist and women’s rights activist in Indonesia. I’m greedy. I want to see the universe through as many eyes as possible!

A truer way of saying what I feel is that I’m hungry.

In a society flooded with books, I remain starved! Starved for the stories of others, not just my own story told a thousand times, or the stories of my neighborhood. I want to hear everyone’s story.

I suspect some of you reading this are grumbling about my “obsession with political correctness,” but if you’ll forgive my coarseness, I don’t give a lion’s ass about political correctness. I just don’t want to live in a small world of small imagination. I’m not “PC”; I’m just hungry.

If you’re hungry, too, here are some great book recommendations:

And many others, thankfully, though I wish there were even more. In my own work, I’m exploring time and space through Muslim eyes (from Iran, Saudi Arabia, Turkey, Kenya, and Indonesia) in the Ansible stories, and in The Zombie Bible I reimagine the history of the Near East as though our religions, cultures, and ways of looking to the past have been shaped by recurring zombie epidemics throughout time. I write about white people, too: Father Polycarp in What Our Eyes Have Witnessed is an old white Greek male, and Egret in The Running of the Tyrannosaurs is trained, brainwashed, and biologically altered to fit a cover model ideal of beauty—while fighting dinosaurs in a far future gladiatorial arena.

I want to write about everybody, read about everybody, and hear from everybody. The more ideas and stories I hear from different people, the wilder my imagination grows and the bigger both the world I live in and the worlds I can imagine become. This is SF! I want to write and read about extravagant, big ideas! I want no limit on my imagination or my reading experience—I want to roam time and space, and visit every civilization on and off the earth. I don’t want to be bored. If you want small ideas or small worlds, there are other shelves in the bookstore you can visit for that.

SF has the opportunity to be a bit scrappy, a bit outrageous. We’re the folk who boldly go where no storytellers have gone before, who insist that you can’t take the sky from us, and who seek out new civilizations and speculate fiercely about startling new ways to live long and prosper. It’s what we do.

So come imagine with me. Let’s imagine not only outside the borders of our biology, our century, and our engineering, but outside our civilization too. It’s a big earth and a big universe, and every morning when I wake up, I can’t wait to explore it and experience it and speculate about it a little more.

You can read that original post here. (Though please note that I didn’t choose the title ‘colorblind’ that SF Signal chose for the essay; that’s not a term that I’m a fan of; it conveys the opposite of what I’m talking about. I’m talking about seeing people of other identities and hearing stories that include them, not about being blind to diverse identities. Topic for another post. My title for this essay is: It’s Not Just White People Exploring Time and Space. That’s what I’ve wanted readers to know.)

I am excited about my visit to DU (my alma mater) next week. I am honored — and humbled, too — to find my Ansible 15715 on the class’s reading list, and to have this chance to brainstorm and chat with students about something very near my heart: how, through stories, we imagine a more diverse, and more real, future. I think the students will have a lot to teach me.