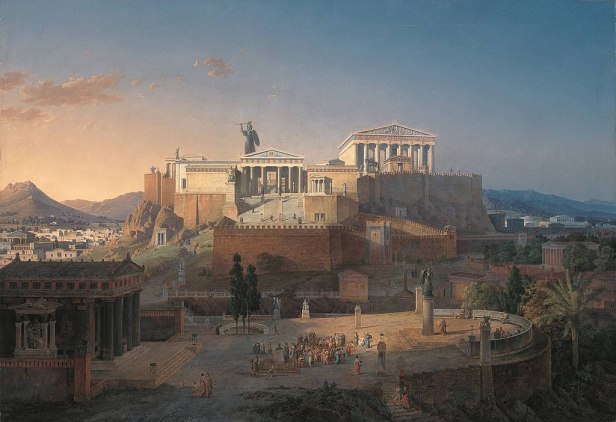 We take it for granted that the heart is the seat of the emotions. But to ancient peoples in the Mediterranean world, you felt powerful emotions in your gut. In the very bowels of your being. That was where fear twisted you in knots. That was where rage kindled its dark flames. And that was nearer… (well, nearer than the heart, anyway) …the location where desire blossomed in all its heat. We typically sanitize ancient texts in translation by changing ‘bowels’ or ‘viscera’ to ‘heart’ when the topic on the page is powerful emotion, so that we can read without imagining our heroes and heroines suffering bowel movements whenever they are furious, joyous, or passionate. But when Zechariah sings his beautiful Benedictus at the birth and naming of his son, John the Baptist, he rejoices that “through the guts of the mercy of our God,” his people will be saved.

And when the betrothed in The Song of Songs says that her lover “put his hand at the hole in my door, and my heart was moved for him,” that’s not quite what the poem says. A door is assumed because the beloved was just knocking, but when the young lover says simply that her beloved put his hand at her opening, you are meant to read it in an erotic sense, as well. The whole passage teases like that. And it wasn’t her heart that was moved, but her guts, her insides. The oldest English translations use “bowels,” but bowels are no longer as sexy as they once were (and no matter how passionate and overpowering the bowel movement may be, the bowels don’t get any sexier to us).

Many things about the body were once sexier than they are now. For the Romans, an intensely erogenous zone was the space between the nose and the upper lip. And when youths in the 13 Colonies would ride to join General Washington, their sweethearts would rub an apple in their armpit and give it to them so they could take some of their lover’s scent with them on the road. Or the soldier would leave a similar apple behind for the lover remaining at home. A freedom apple.

Tl;dr: Armpits used to be romantic and guts used to be sexy. And if we realized just how much we take for granted about the way we think and talk about our bodies, we would be moved and would suffer quaking in the very bowels of our being.

Want more language nerdery? Check out Lives of Unforgetting: What We Lose in Translation When We Read the Bible.