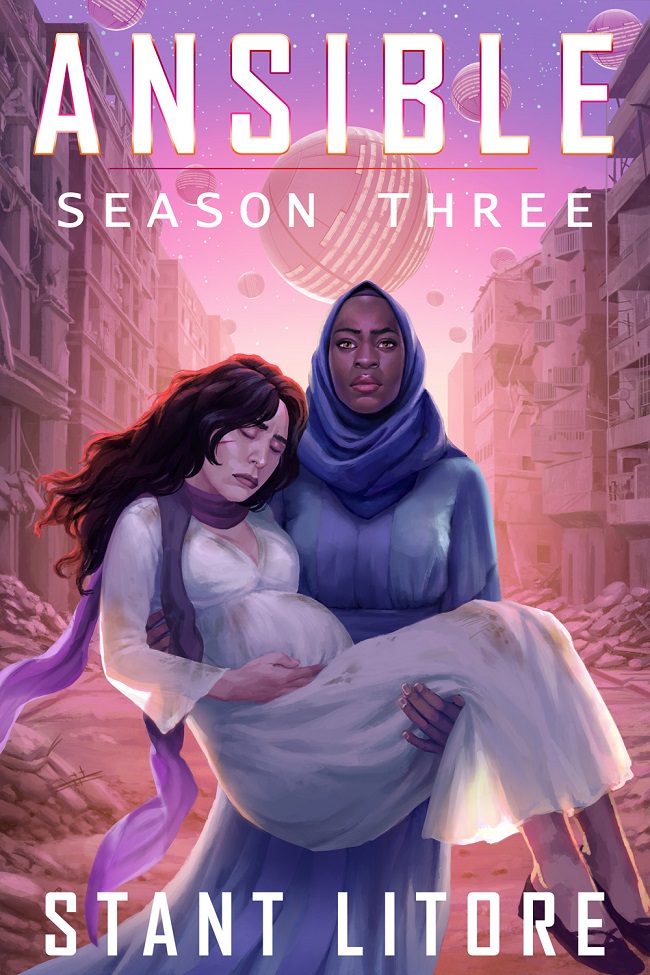 HERE AT LAST: ANSIBLE SEASON 3. I am excited to announce the arrival of my new novel and the thrilling conclusion to the Ansible Saga!

Available today in kindle and epub at my direct store

Or pre-order on Amazon

Or get it in paperback

In a future where humanity is a refugee species, can refugees from the past save us?

The pneumavores (“soul eaters”) have taken the earth and have spread to every planet humanity has ever touched. Now a Syrian refugee, a thirteenth-century librarian, and a hijabi shapeshifter from the far future must travel across space and time to defend humanity from this intergalactic and devouring evil.

They’ll find allies: A wheelchair gunslinger from far-future Beijing. A legion of women soldiers wielding Spinning Saws that can slice through predators that only barely exist inside our universe. A strange child-empath who can hear all of humanity’s suffering at every instant in history. A firestarter-goddess from our prehistory. Together, they will face a species that travels across time and feeds on terror itself.

The battle for our future starts today.

Get Season One here: https://stantlitore.itch.io/ansible-season-one