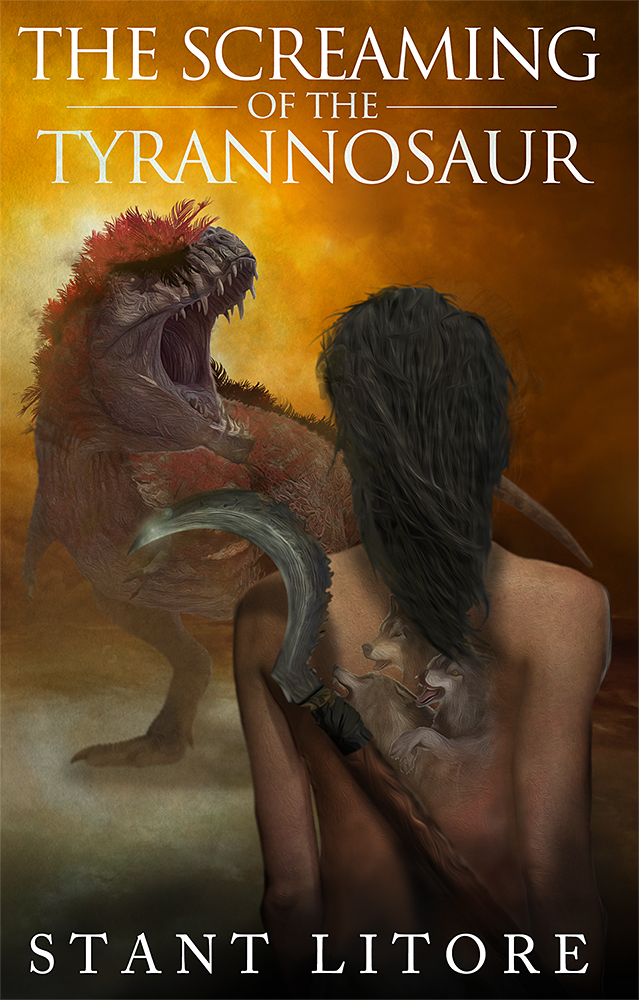 “This day has gone long enough without a death.”

Hi everyone! I am so pleased to announce the release of a new novelette in paperback and on the kindle.  The Screaming of the Tyrannosaur is set in the same universe as The Running of the Tyrannosaurs (and is the same length) – but happens a generation earlier. It is the story of the first young woman who ever rode a tyrannosaur. It’s also a story about finding kinship in the darkest of places. And finally, it’s a high-adrenaline race on dinosaur-back on a privately chartered orbital dinodrome over a thousand years in our future. Come read it!

This novelette first appeared in Jurassic Chronicles (2017), an anthology of dinosaur fiction published in the Future Chronicles series, alongside stories by Victor Milan and Seanan McGuire, edited by Samuel Peralta and Crystal Pikko Watanabe. Sam Peralta had this to say about the story:

“This is a pulse-pounding story, a triumph of world-building – a story of gladiatorial combat, and of bonds strange and transcendent. Without a doubt, one of the most enthralling stories I’ve come across.”

I hope you will enjoy the story! Thank you for following my fiction and assorted adventures! I am excited to share this story with you.

The cover is by artist and writer Roberto Calas.

More on this series
I am just four scenes away from completing my revised draft of Nyota’s Tyrannosaur, a 200-page novel set in the same universe. Then it is off to my developmental editor! If all goes well, I’ll be able to bring this novel to you this summer.

Meanwhile, if you haven’t read it yet, here is the original story, The Running of the Tyrannosaurs, which is available in paperback, audiobook, and kindle editions: