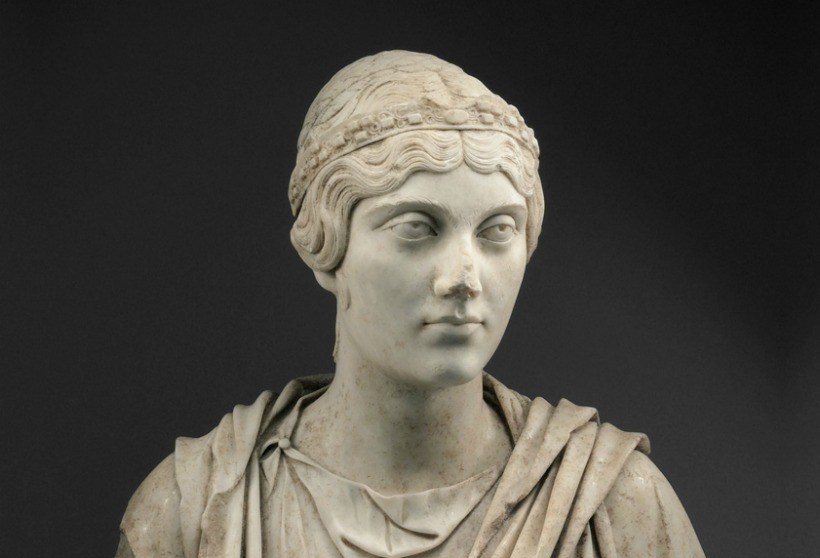 In reference to Marg Mowczko’s article “4 Facts That Show That ‘Head’ Does Not Mean ‘Leader’ in 1 Corinthians 11:3″:

Research of this kind fascinates me. So much of how we translate and interpret the Bible is driven entirely by Roman ideologies and Roman cultural obsessions that we have inherited, and by the fact that Greek and Hebrew have been filtered to us through Latin. (Even our modern Greek dictionaries and lexicons tend to offer Latinate English vocabulary for translations.) Thus we almost completely misunderstand what the New Testament means by ‘truth,’ as I get into here in my post on aletheia.

Thus: we completely miss that the diatribe against homosexuality in Romans 1 is a paraphrase of Paul’s opponents in the Roman church and a parody of their over-the-top judgmental rhetoric (the whole point of Romans 1-2 is to dismantle the idea that Christianity and judgmental rhetoric are at all compatible). You can read a bit more on that here. And, bizarrely, we never think to question why this issue only comes up when Paul is speaking to Rome, the ancient world’s most homophobic culture, and never once when he is speaking to various Greek cities in which homosexual and bisexual relations, and an array of gender performances are both normal and expected.

Thus: we mis-translate passages on gender in the Pauline letters in a way that’s completely ahistorical (but that serves the status quo in our own society), as the early church was spread, organized, and facilitated by women. The connection of “head” to “leader” or “authority” is a specifically Roman idiom that we’ve inherited. That idiom didn’t exist in Koine Greek.

Thus: we mis-translate passages as instructing women to ‘submit’ to their husbands, when ‘hupotassomai’ doesn’t mean to submit; it means to deploy yourself in support of; it is a military metaphor. ‘Obey’ is a completely different word in Greek (hupakoe — and even ‘hupakoe’ doesn’t mean ‘obey’; it means to listen attentively to; it is a word used always for children, never for spouses, in the New Testament). And we miss the context (because we’re fond of reading communal letters in isolated little chapters and verses and chunks), so we forget that first-century Christian women are being asked to deploy in support of their spouses because most of their spouses were not Christian, most early Christians were women, and Christian wives of non-Christian men had to figure out how the heck to deal with that situation. It is situationally specific advice about not trying to convert the spouse but instead bring love to the table. It has nothing to do with obedience at all, and the verses that follow roll out an idea borrowed from Judaism that was profoundly subversive in Rome’s ultra-patriarchy: the idea that women “are fellow heirs in the grace of life.” Rome takes the idea of heirs very seriously. In Roman law and custom, women were not heirs; women were property. This idea of “fellow heirs” was radical and threatening to the Roman patriarchy.

Thus: we misread Genesis 2 as describing women as a “helper” sex. But “helper” (ezer genegdo) in Hebrew does not mean maid or servant; it means something a bit more similar to the modern phrase “partner in crime.” It is also the only case in the Old Testament where the word is used to describe women. In every other case, the word is used for God. Chavah (Eve) is a helper in the same sense that God is a helper. It is our post-Roman anachronism that translates ezer genegdo as “the help,” the servant class.

A fascinating look into the first and second centuries, if you’re ever curious, is the book God’s Self-Confident Daughters. Or, if you’d like something short to read, try “Rebel Virgins and Desert Mothers,” which you can find here.

You will be awed (and horrified) at how thoroughly the history of agrarian Europe’s first feminist movement was excised, erased, and finally hijacked and replaced by the Roman patriarchy.

There is a wealth of scholarship on this and has been for years, and there is more all the time, but … for reasons that are probably self-evident … this research rarely trickles into mainstream religious culture.

The reason that Rome was so fervently opposed to Christianity in the first and second century was that Christianity was seen as a profound threat to family values. “Family values,” in the sense that we usually mean it, was originally a Roman idea.) Roman law required women to have children and to do so by a certain age; Christianity created large sisterhoods of unmarried women (the “holy widows,” who were not secluded at that time but socially active, running nonprofits and neighborhood schools).

Rome placed the man in ownership of the household and gave him – at one time – the legal right to execute family members who shamed the family; Christianity undercut that structure. Rome relied on a strict caste system; Christianity insisted on the essential equality of all people regardless of ethnicity, gender, or social class (while exhorting its members at times to obey the law of the land to the greatest extent possible, because Roman torture-death penalties were no joke, and though there were things they were willing to die for, these people wanted to survive – so Christians found loopholes, lots of them, like the legal loopholes that allowed for women to enter holy sisterhoods and gain a marriage exemption if they were priestesses. And since in early Christian doctrine, every Christian woman was a priestess of Christ, this provided a very large loophole, one the government usually couldn’t close because doing so would disrupt other Roman religious institutions that were seen as supportive of the state).

Pliny whines to Emperor Trajan in the early years of the second century about his work torturing ‘two slave women, who in their church are officials.’ The underlying tone of his letter is a frustrated “What the hell, Governor, they have slave girls leading their religion.” Christians were called “the atheists,” because they worshipped at no shrines or temples. And most of all, they were hated because 1) the religion had its origin in foreign immigrants, especially groups of first-century emigrating Jews (Rome was very anti-Semitic), and 2) Roman women converted in massive numbers, and then taught Roman children their superstitious, unmanly new faith. Christianity, to the Romans, was a woman’s religion and “the eunuch’s faith,” prizing compassion over honor, and love over duty, and relationships over hierarchy; there were popular superstitions and prejudices that men who converted out of love for their wives would lose their virility.

We miss out on an exciting episode in history that has tremendous relevance to our own time — a moment when a radically egalitarian ideology and way of life threatened to upend hierarchical and oppressive structures — because men a few centuries later found it useful and convenient to erase that history while appropriating some aspects of the early faith in service to power. (This may sound far-fetched…that in three and a half short centuries, a religious institution might come to stand for many things that were the exact opposite of the teachings three centuries before, but it actually happens all the time and in much briefer spans of history … just look at the way Martin Luther King, Jr.’s words today are appropriated and twisted to sound like they support the status quo, in fact to support statements that are the very opposite of MLK’s arguments and convictions. Ditto, the American founding fathers.) Mistranslate or misconstrue a few abstract concepts in ways that support the status quo, or rip a few passages out of their context, and you can turn a radical faith movement or a new ideology into a nice, tidy, stagnant institution pretty quickly.

We miss out on an exciting episode in our history because certain men a few centuries later chose to erase it and rewrite and replace it (in some cases literally chiseling the faces of female bishops off of monuments), and we still believe their version. Their version still drives our politics, our prejudices, and our cultural norms. But their version was a hijacking of something that looked very different, something worth remembering, something inspiring and provocative, something that calls into question who we think we are.

This is part of what I write about.

1 thought on “What We’ve Forgotten”