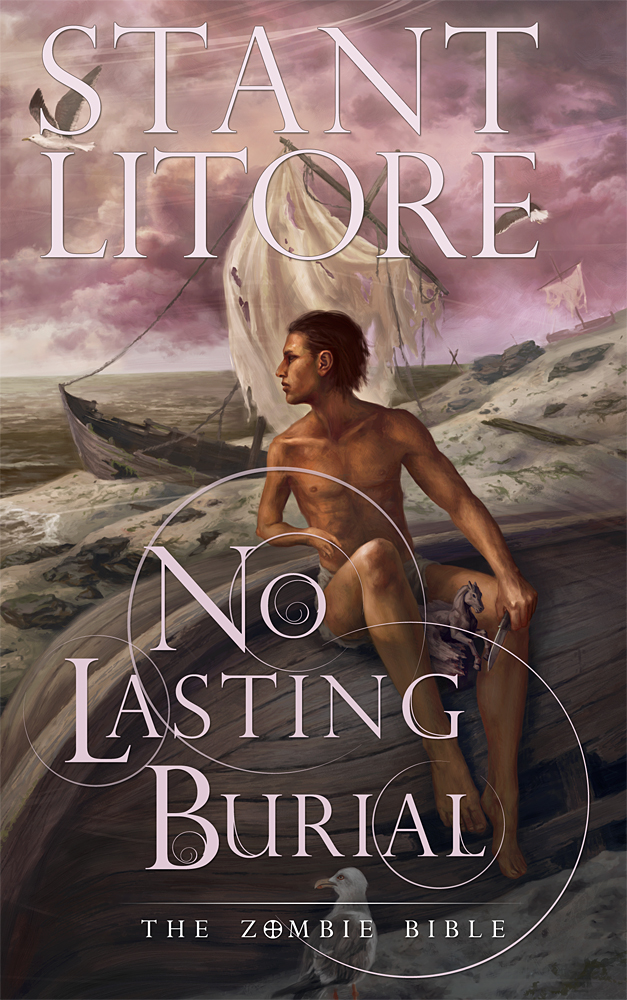 A man walks along the Sea of Galilee and calls back the fish out of a watery desert. He carries

A man hears a town starving and he approaches in an , hands to heal and

A man shouts words across the dark water, filling his listeners with an inner peace

A man gives a sermon, speaking with great authority, such that everyone’s doubts

A man walks along the Sea of Galilee.

He can hear screams.

He can hear the suffering and the hunger of everyone who has ever lived or who ever will. It drives him nearly mad. He pleads for the cries to stop, for someone, anyone, to do something about the pain. He sweats blood. He calls up fish and feeds starving people, he straightens maimed limbs, he pleads and demands that the people around him clothe and feed each other. He speaks of the things he hears, the pain he hears at all hours, at every hour, and men drive him from the town, stoning him with hard rocks. He drags himself to the next town, his clothes torn to rags, his body bruised, his mind torn by the shrieking of every living thing. The pain… the pain… He takes off his rags and wraps them around someone shaking by the edge of the sea. He tries to reason with the people in the town who still have houses. He rages at them. He begs them. He tells them a story, trying to help them understand. “Why can’t you hear?” he says. “The screaming, the screaming…why can’t you hear it? Why are you doing nothing?”

The dead stumble after him, all the corpses that died in their hunger and that hunger still, and he can hear their pain, too. He stands to face the oncoming dead, as those around him flee in horror. These are the men and women who have been given No Lasting Burial, no lasting rest. The priest of the town calls Yeshua a madman, but he stands on the shore as the ghouls rise, trailing lake-weed, their faces eaten away by the water. He cannot do otherwise. He cannot look away from their pain. He may not survive. His sanity may not survive. But he cannot do otherwise.

He wears no white robe. He commands no legions of devoted followers. He founds no churches or temples. He doesn’t “have it together.” He is torn apart, yet he stands. He just stands barefooted in the sand, bleeding, tears on his face. Refusing to run. Refusing to stop his ears. Refusing to look away from the dead.