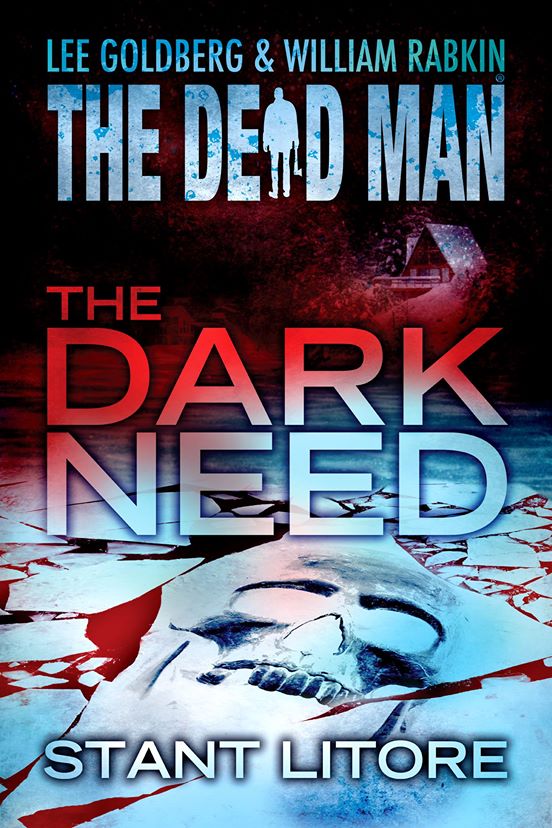 Dear readers, I have exciting news. I have just confirmed the cover for my upcoming novella The Dark Need (September 2013). The artist is Jeroen ten Berge.

I don’t know about you, but I find this cover chilling. I am excited to bring you this story. It takes place outside the Zombie Bible universe, and is an episode in Lee Goldberg and William Rabkin’s horror series The Dead Man. This series chronicles the adventures of a man who has been reanimated from the dead after three months beneath an avalanche, and who now sees evil (specifically, the intent to do violence) manifested physically. People who are preparing to kill, injure, or torture others appear to him as rotting corpses. He has set out to prevent as much of the evil that he can — and find out more about the connection between his resurrection and Mr. Dark, the enigmatic figure whose evil is touching the world. Part horror, part “men’s adventure story,” the series has a freshness to it. You don’t need to have read earlier books in the series to enjoy The Dark Need, though there are a number of them I’d recommend!

I think you will really like The Dark Need. It’s action-packed and darkly poetic.

Thank you for reading, enjoying, and talking about my books. You are my team, my people, and I am glad to have “met” you through these pages.

5 thoughts on “The Dark Need”